We don’t believe that our frames can be replicated or counterfeited by other producers, and we don’t need to check the serial code of your frame to know that it is original.

If you are a Stelbel customer, your guarantee is activated when you confirm your order, whether you purchased directly from us at stelbel.it or through one of our official Stelbel dealers.

We guarantee that all work has been done in a careful and consistent manner to promise the highest quality and make sure that your frame is the best it can possibly be.

The general warranty on our products is 5 years, and on the quality and integrity of steel and stainless steel frame welds, we offer a lifetime guarantee. These guarantee terms are applicable only to the original owner of the frame.

Each Stelbel frame will be accompanied with an official document to certify the originality and will summarise the unique product’s specific details.

In the unfortunate event of theft or an accident that requires the replacement of the frame, we offer attractive conditions on the purchase of replacement frames to all Stelbel customers.

Providing the best after-sales service possible is our top priority. Please contact us at [email protected] with any questions that you may have relating to our guarantee.

All our experience and values ​​refined into an ambitious project. The first steps towards the realization of a Stelbel titanium frame took shape at the end of the 80s but only today was it possible to find the resources to bring it to fruition. High Italian craftsmanship combined with a precious material that requires skills and specialist knowledge for production. 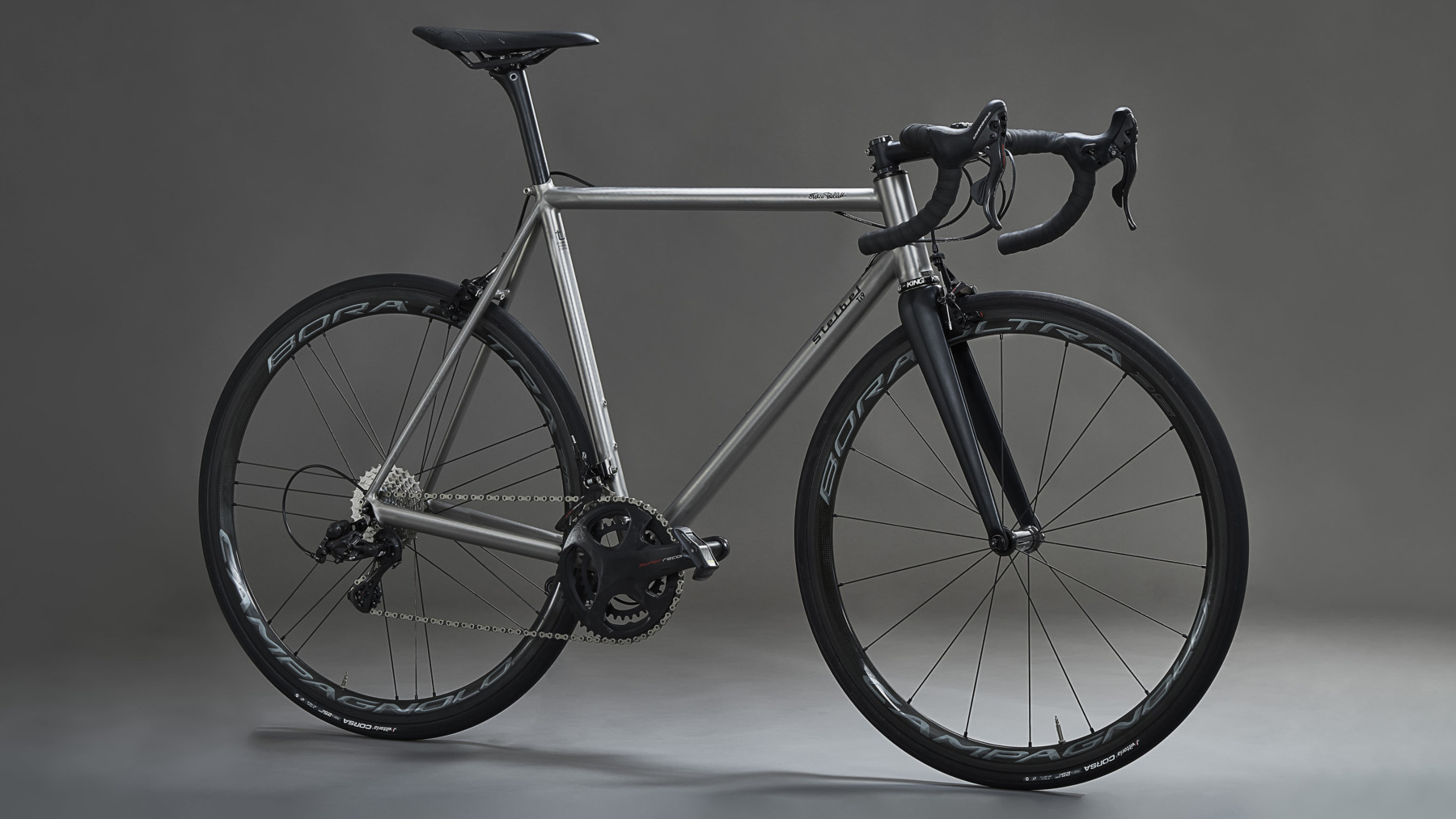 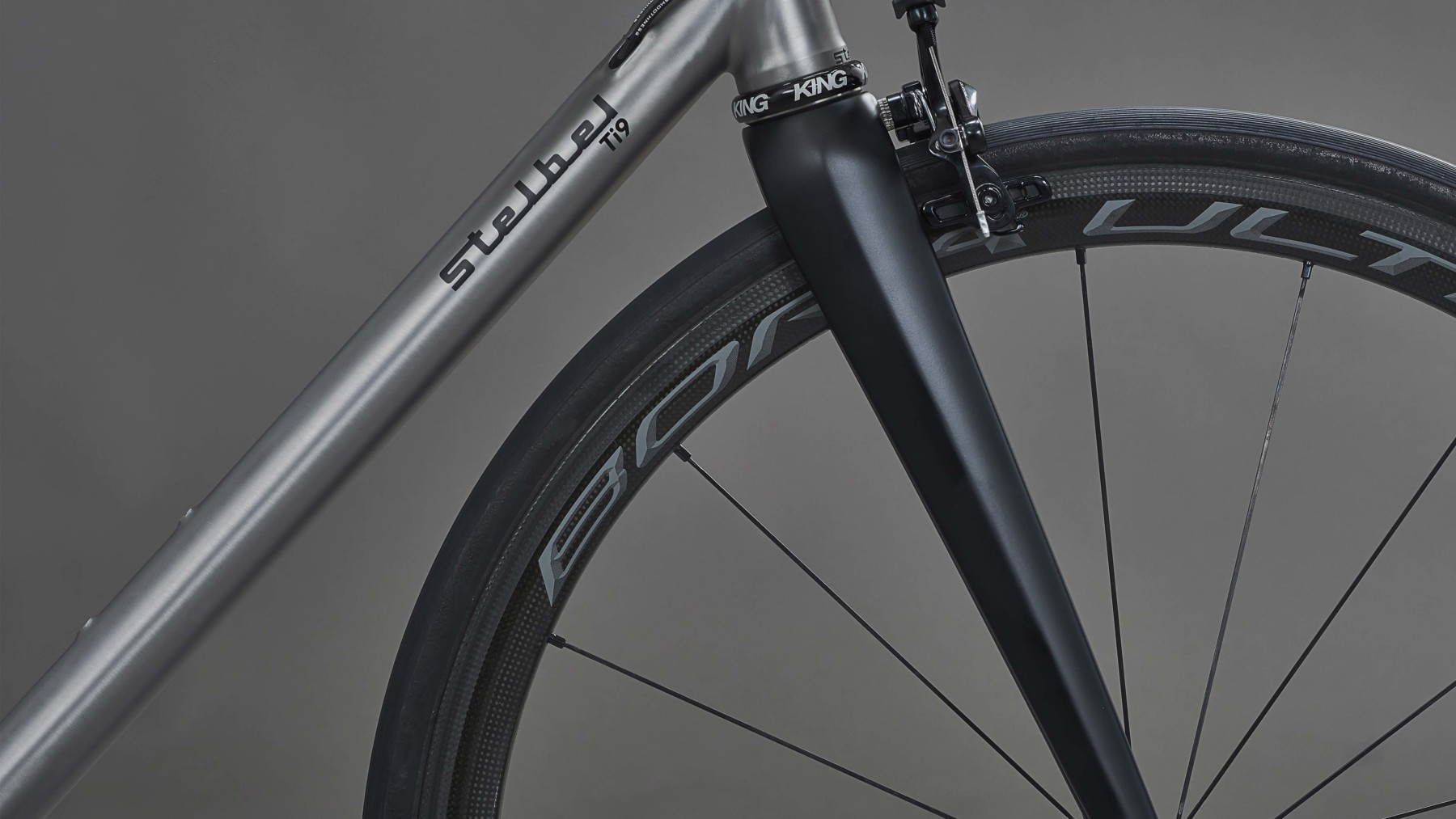 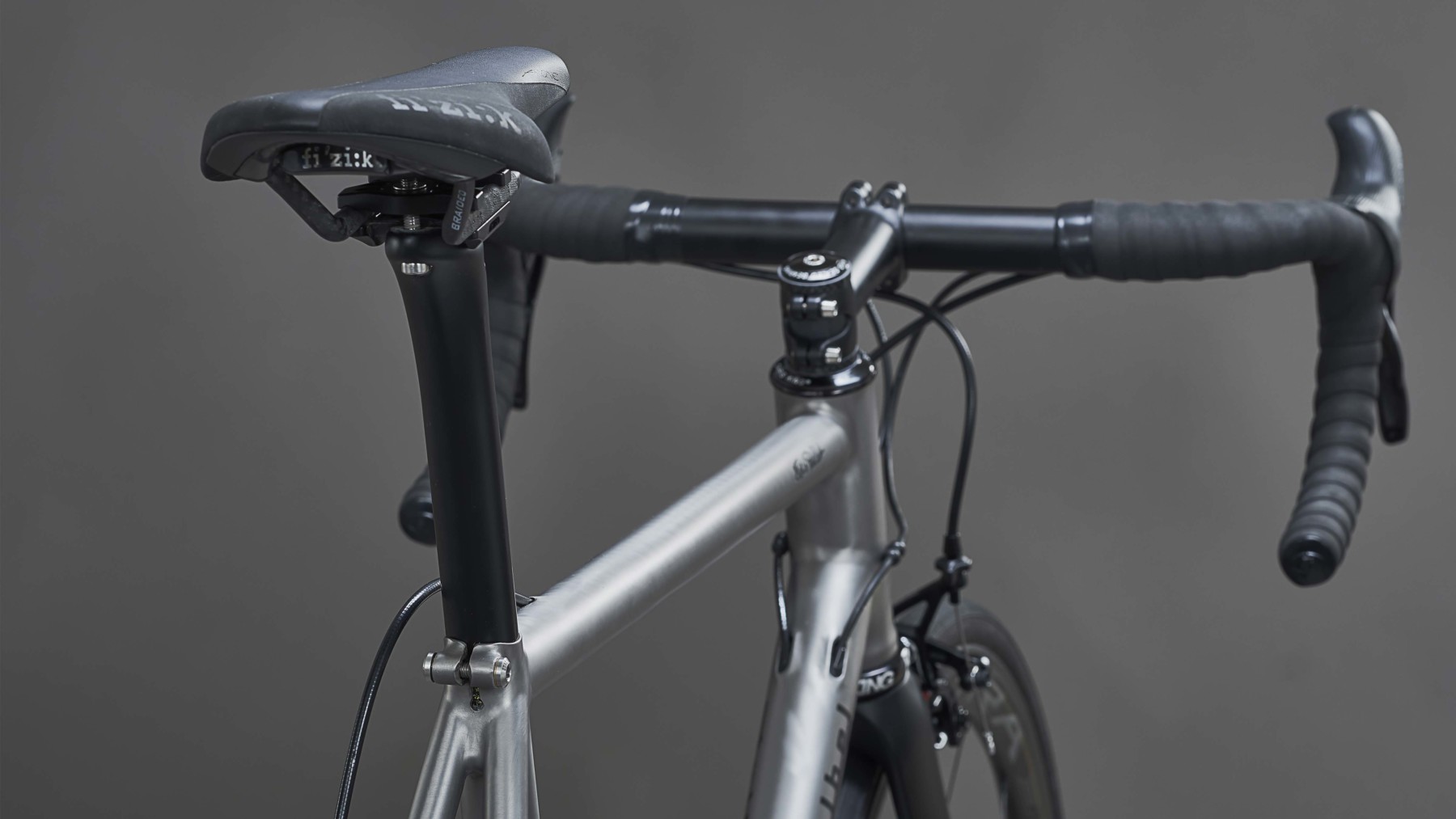 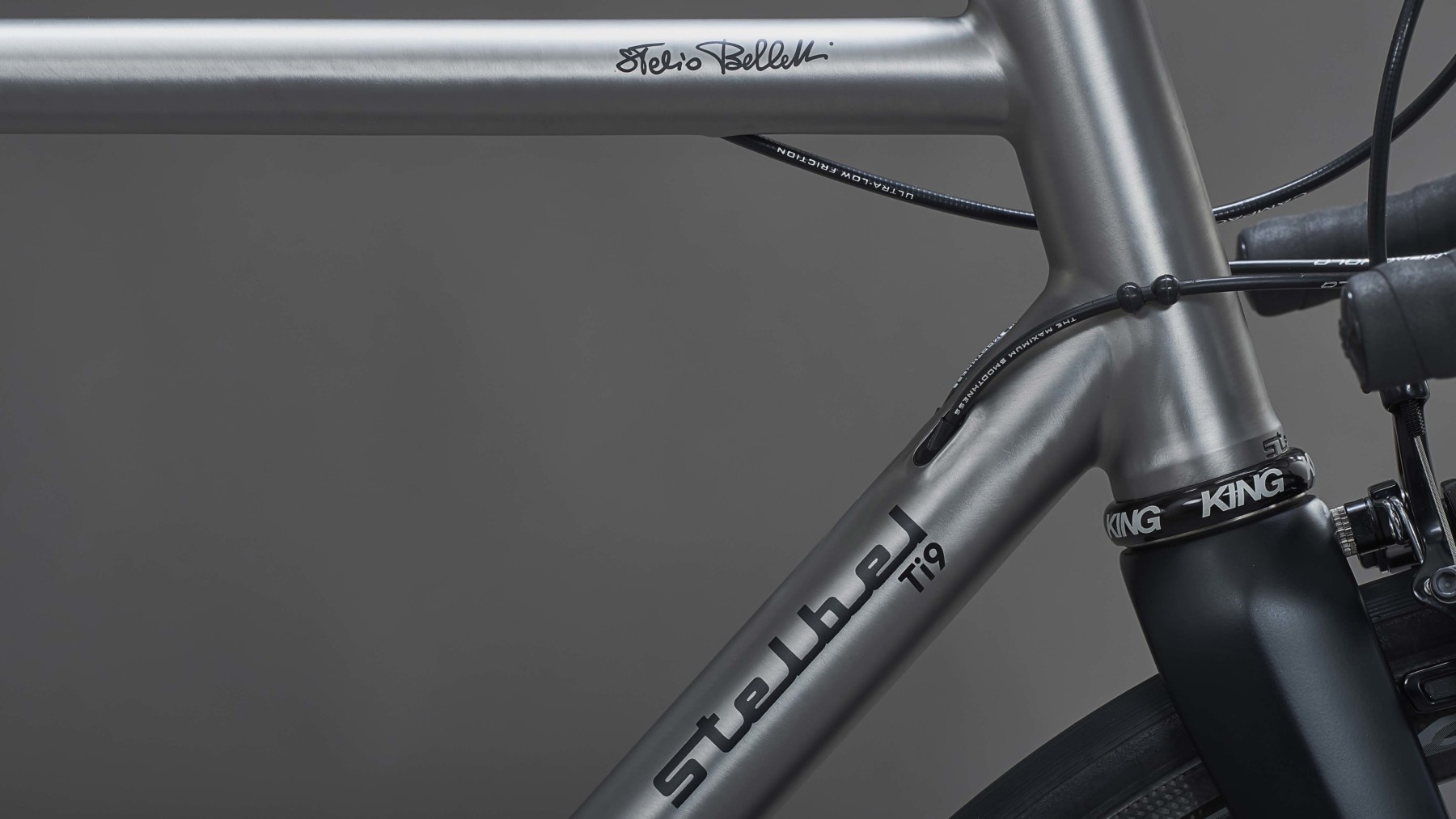 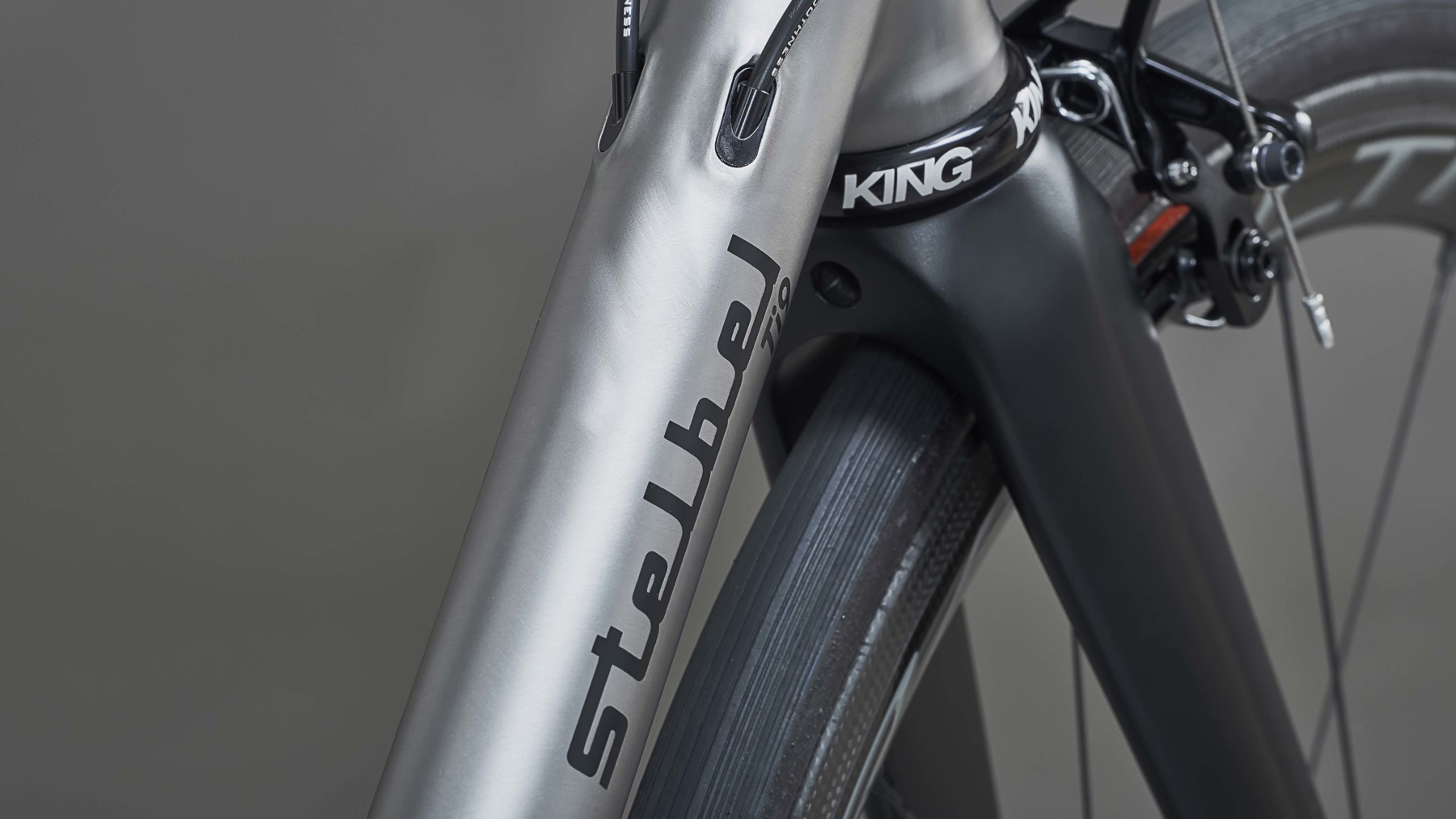 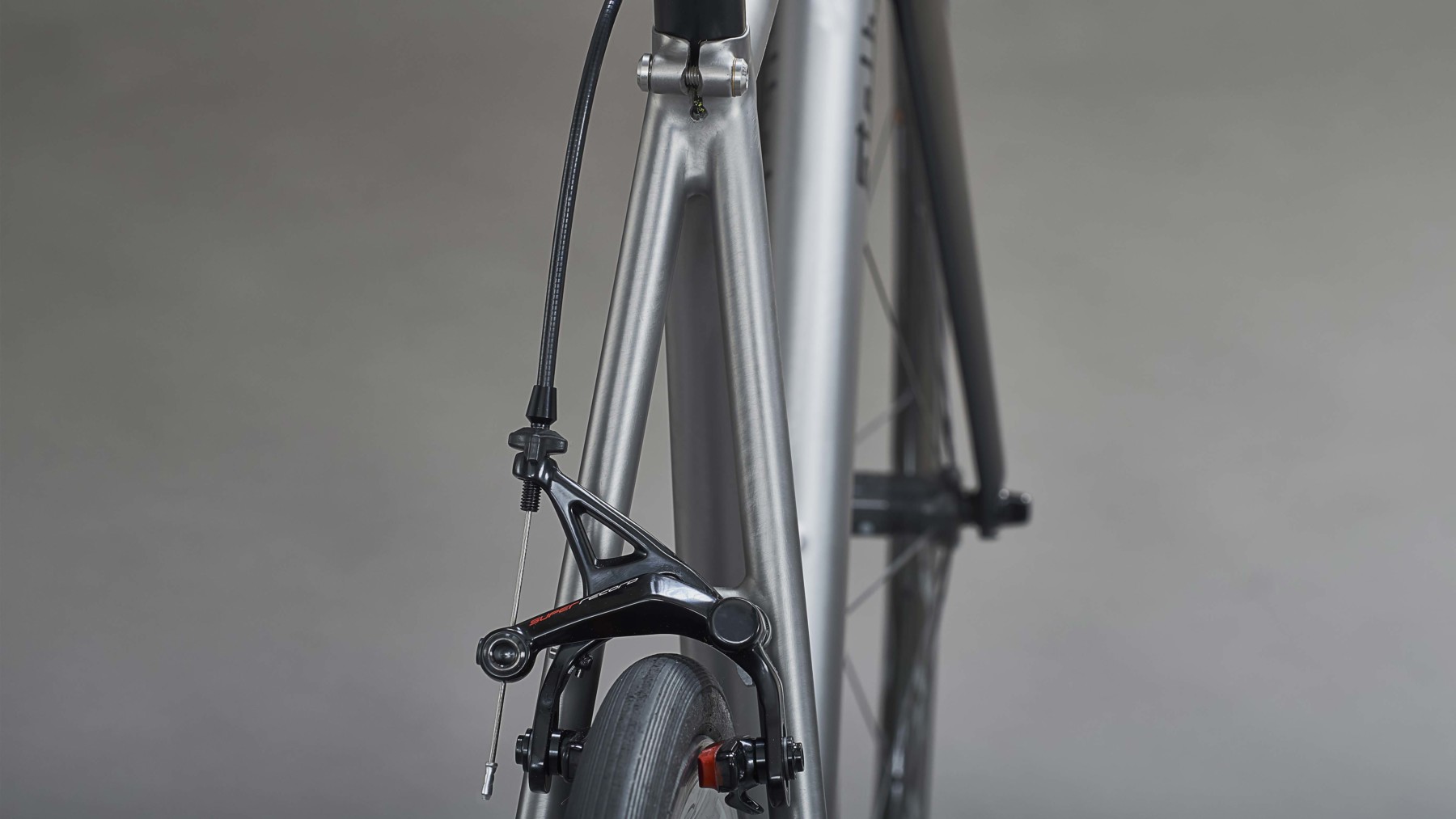 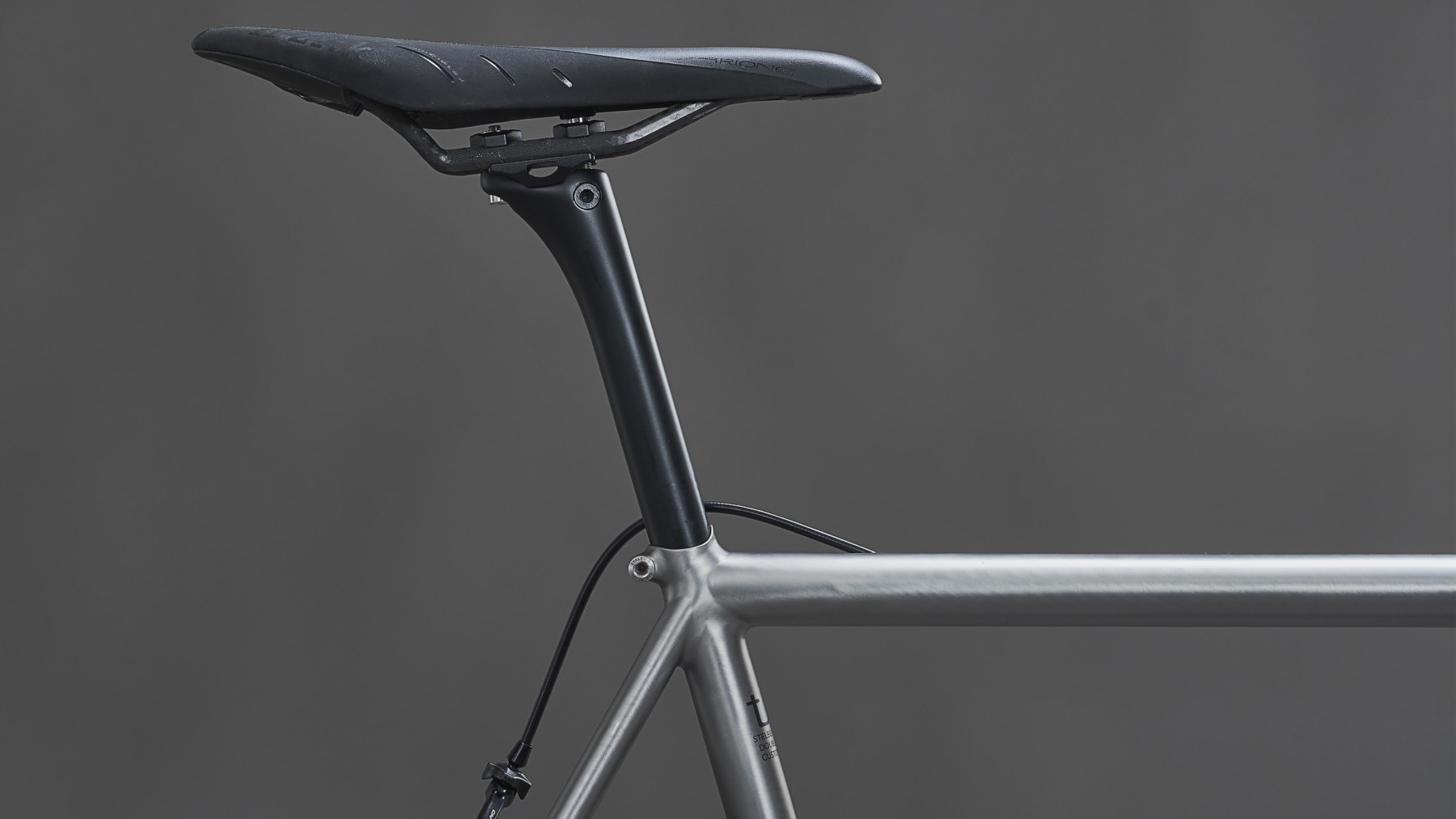 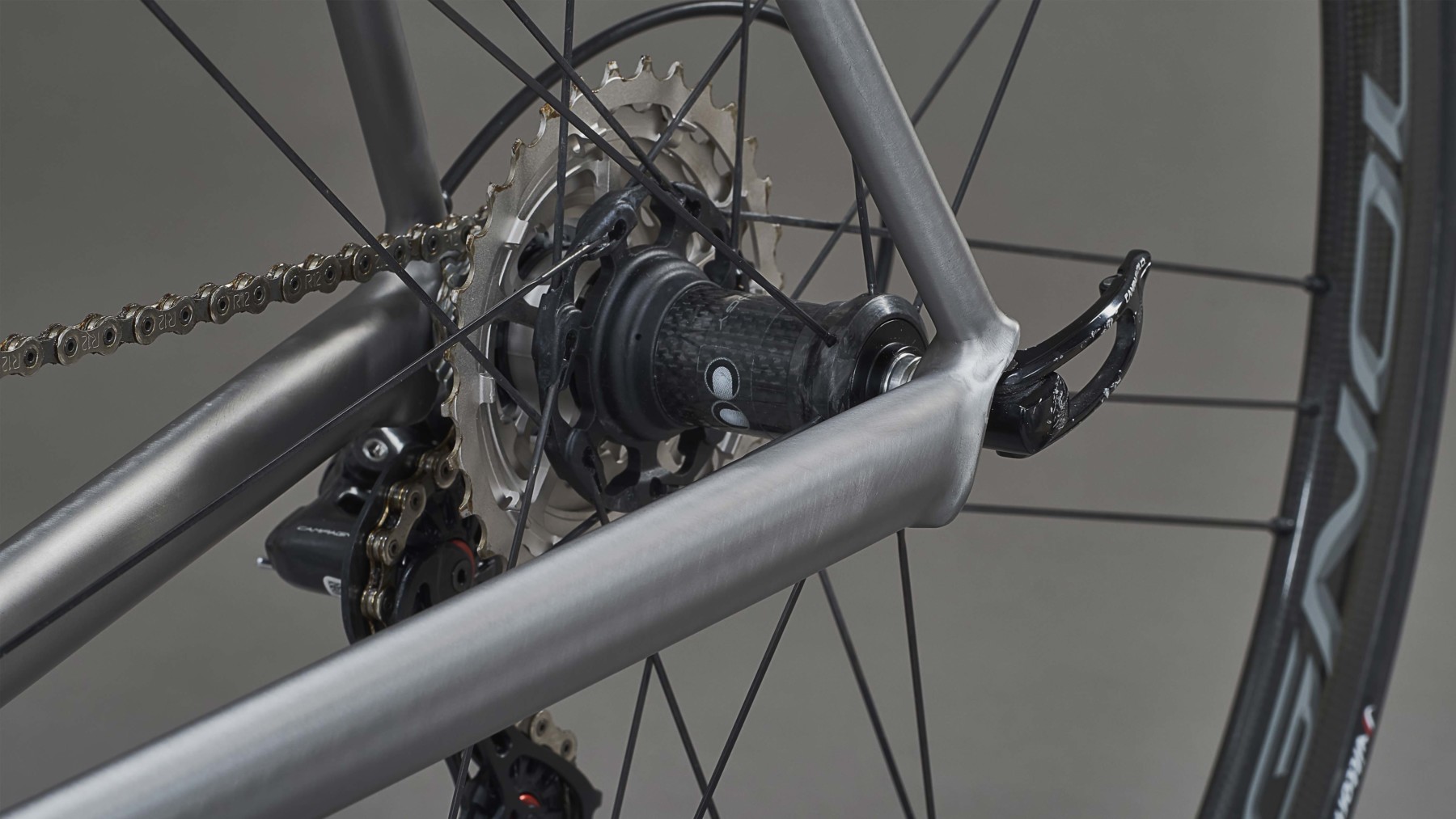 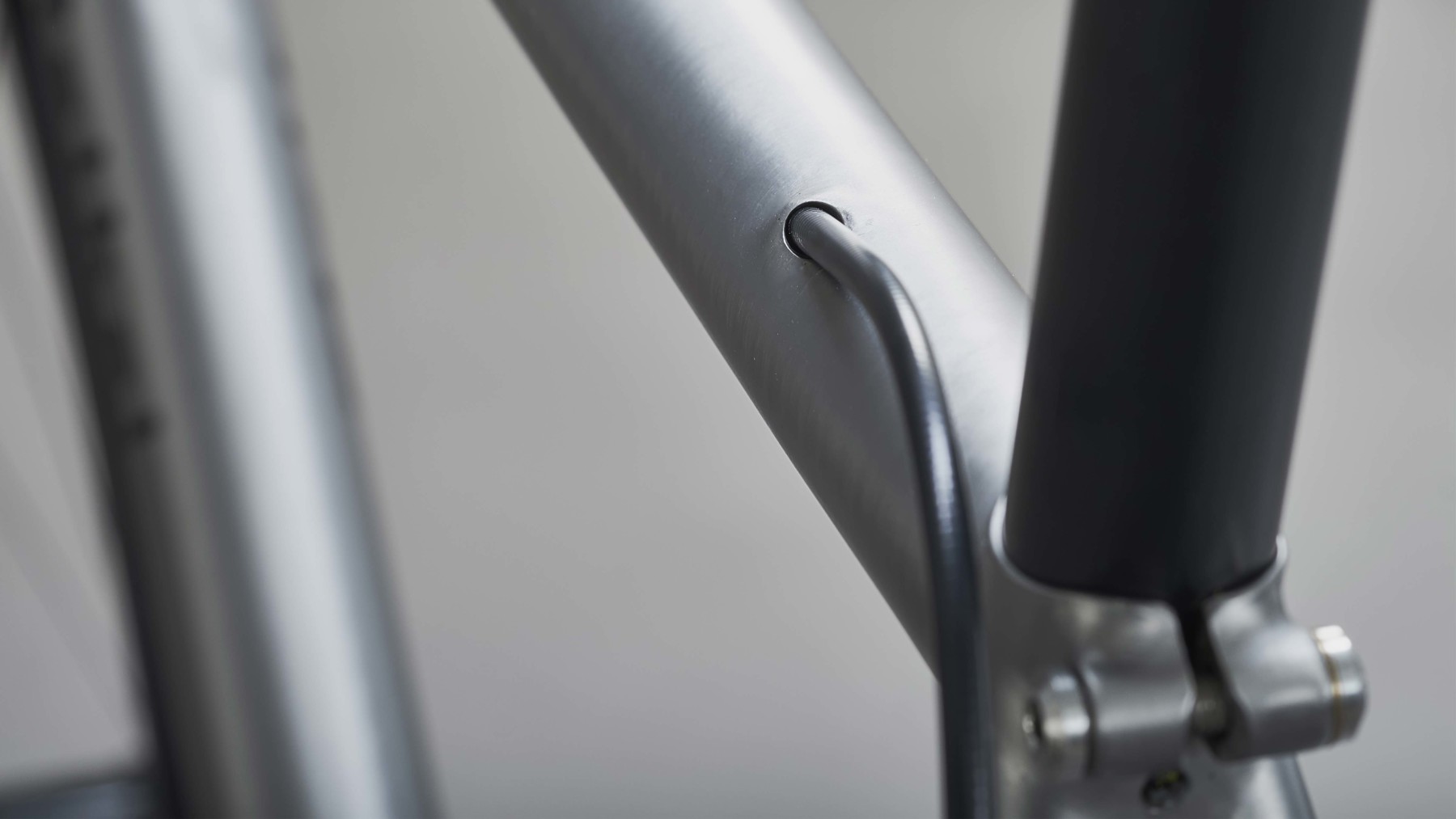 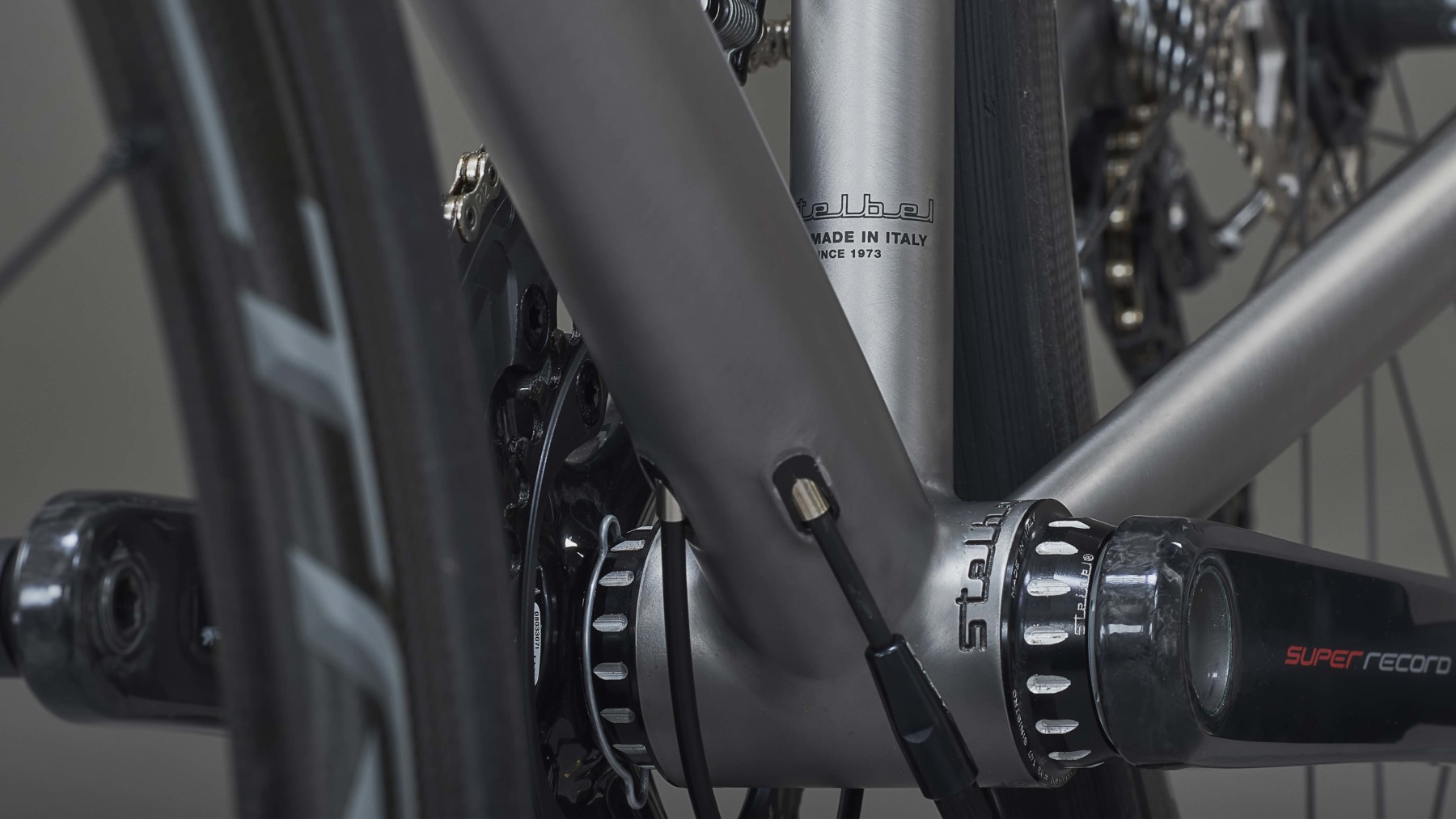 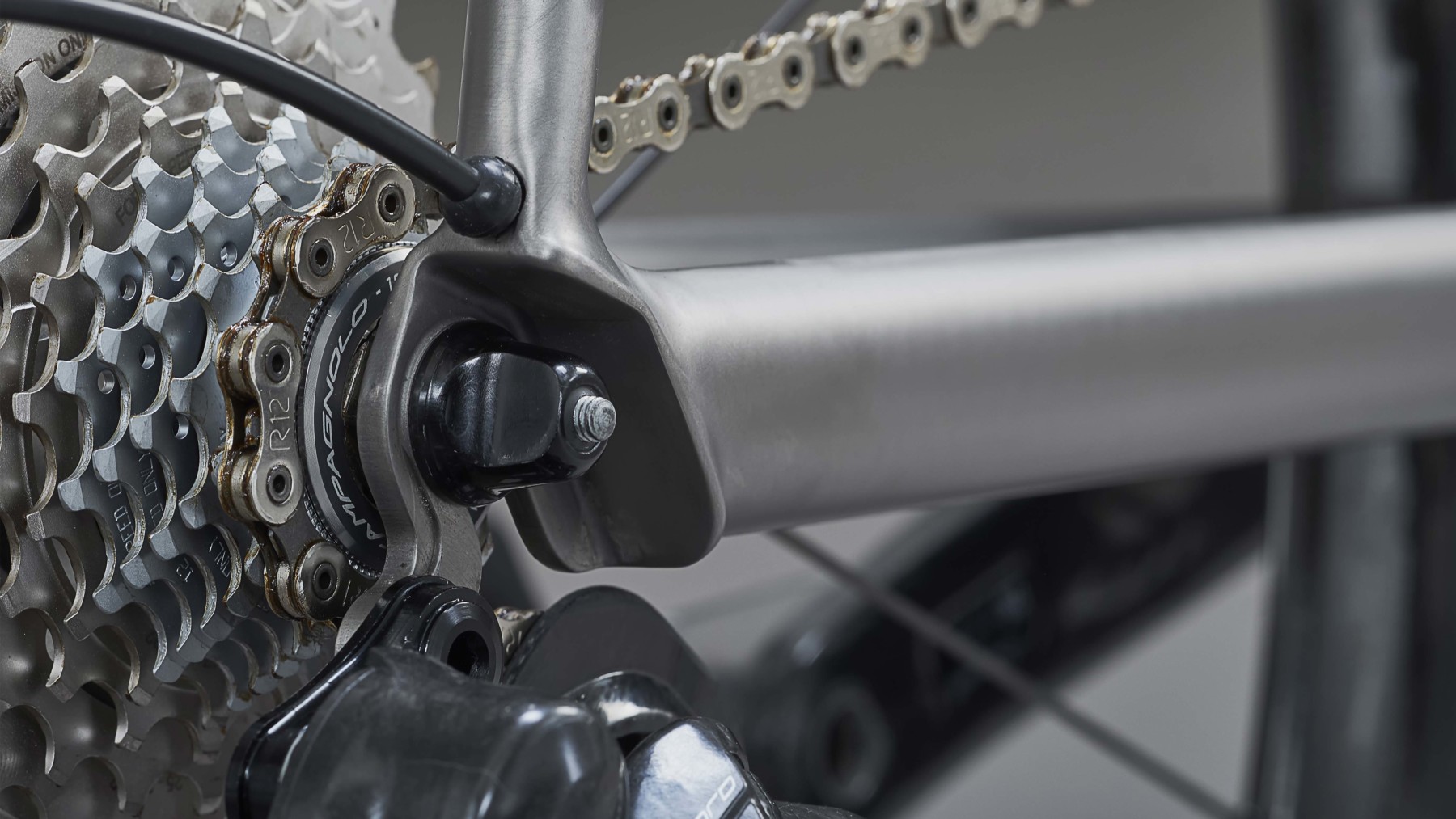 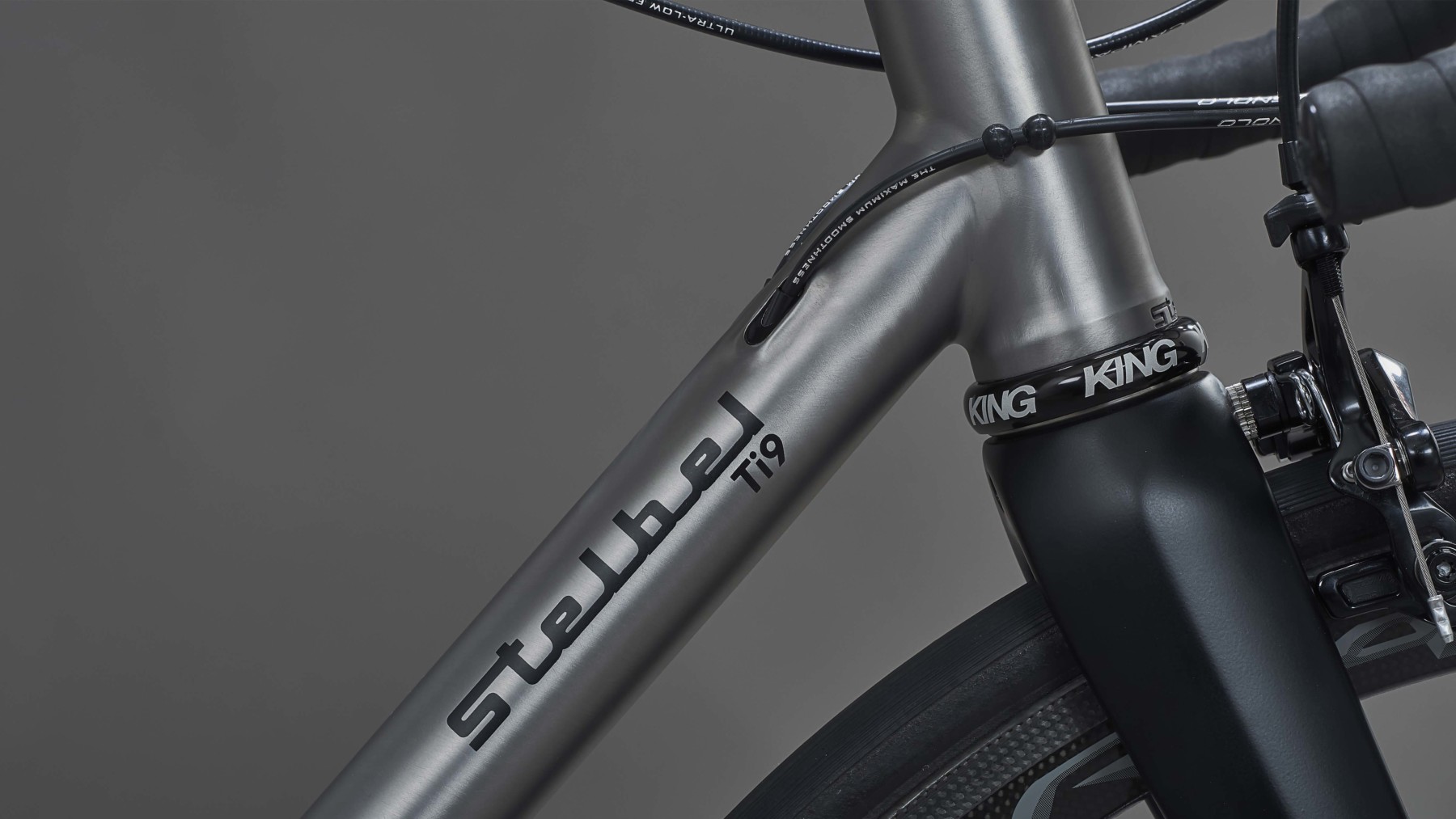 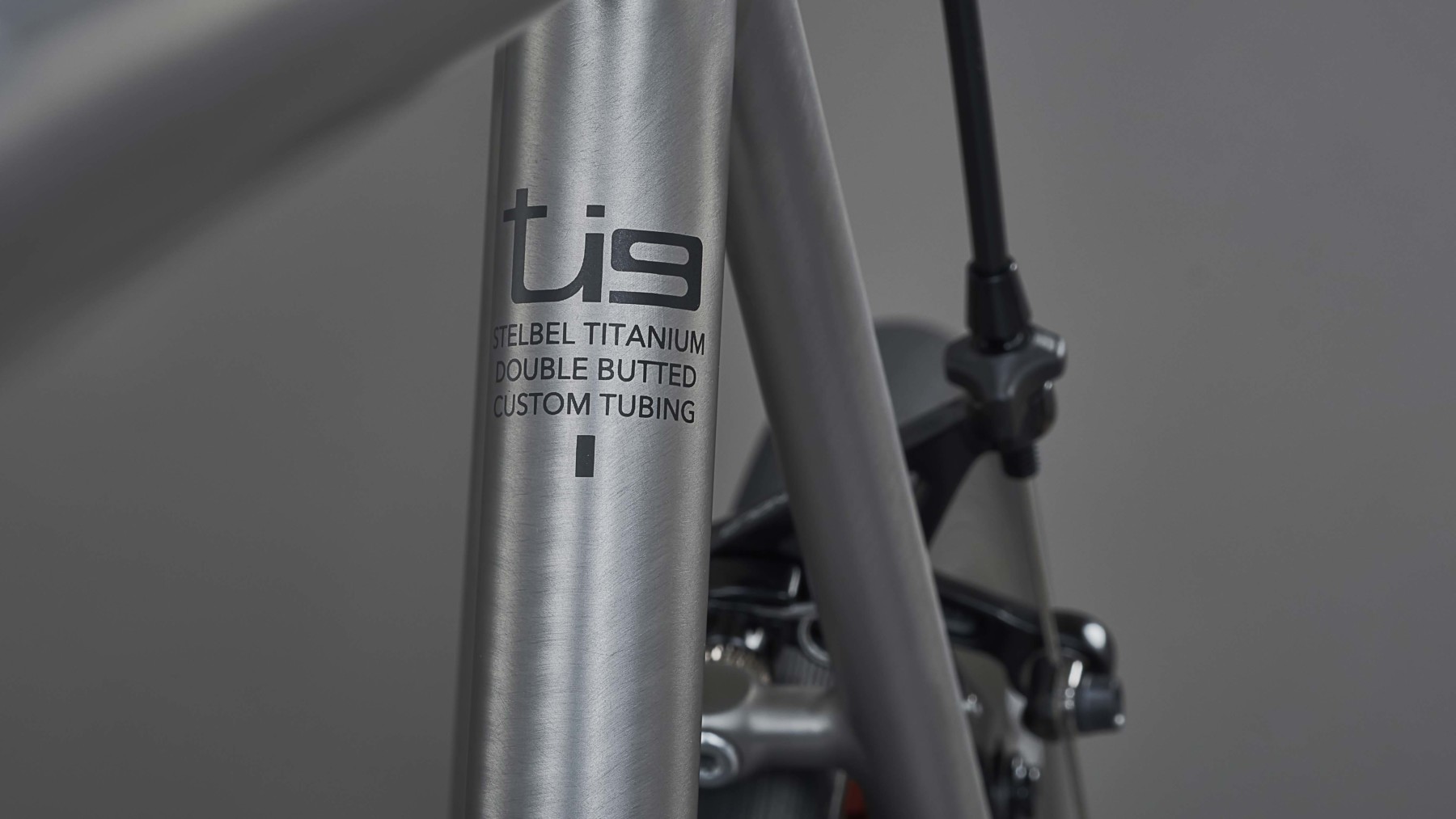 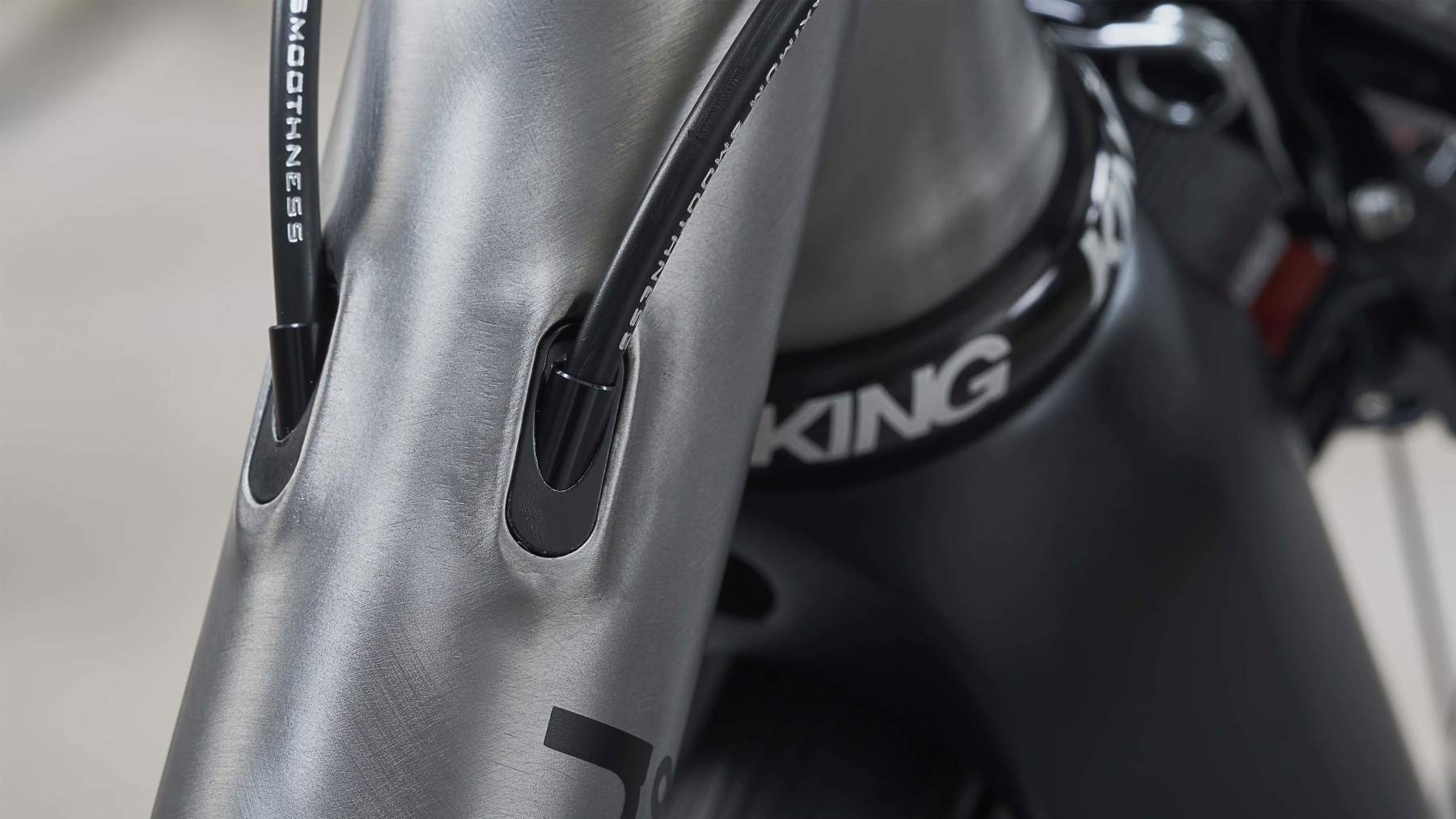 Stelbel Ti9 is our first model to be made from grade 9 titanium. In a single project we concentrate our knowledge, brand values ​​and ambitions like never before.

Thanks to this exclusive metal, worked to obtain double thickness pipes on our design, we build a true racing frame with our craft technique. As always, assembled thanks to our special TIG welding process, which requires particular skill and precision, especially when combined with high grade titanium.

To understand the genesis of this project, we need to take a step backwards. The Ti9 is the fulfilment of an idea which took roots at the end of the 80s. Stelio Belletti was a true cycling enthusiast, he did not spend his days just building frames, but he frequently rode his bike and regularly partook in amateur racing, which he continued to do until a few years ago.

At the races he often found the same faces that within time grew into lifelong friendships. A gentleman named Amelio Riva used to compete in those competitions, and it did not take long before the two appreciated that they had many things in common. In sharing their experiences they helped each other very much. A rare example of craftsmen pooling knowledge rather than keeping secrets.

In short, that meeting and friendship with the founder of the Trecià brand meant that the Belletti workshop became involved in the construction of some titanium prototypes in the second half of the 80s, but then decided to focus on the development of the stainless steel project, known simply as Stelbel INOX. And so Stelio Belletti continued his journey with steel, while Amelio Riva will be remembered by many as the greatest craftsman specializing in titanium. The Ti9 is also to be a tribute and a recognition to the figure of Amelio Riva, to the Trecià brand and to the mutual friendship and esteem that linked these two great Italian artisans.

It is built with a CNC shaped head tube to which it is possible to combine 1 “½ or 1” ¼ forks with headset with external cups and in different sizes. The bottom bracket uses a T47 standard. The frame can be optionally equipped with mechanical or electronic/wireless groupsets.

It is an artisanal product, made according to the requests of each customer, meaning a fully custom geometry. It is possible to send us a bike fit report or alternatively follow our instructions to complete our measurement form.

Each and every Stelbel frame is made to measure and designed with a custom geometry. After an order is confirmed and a deposit payment placed, the frame design will start based on the available information and documents (Measurements form, Bike-fit report, …). Customer will be interviewed to better understand riding style, wishes, goals and expectations for the new bike. A frame’s CAD drawing will be shared to be commented, analyzed, refined and eventually approved before manufacturing can start.

You can place an order directly with us via [email protected] or from one of our official retailer partners. An order is confirmed once a deposit payment is received via wire transfer or Paypal. Shortly after, a document providing an overview of the project details and a cad drawing of the frame will be shared for your approval. Pictures of the finished frame/bike will be shared with you prior to requesting the final balance payment. In case you’re considering coming to visit us in Bergamo to discuss the details of a project face to face, or to pick up your new frame/bike, you will be made very welcome by our team.