We don’t believe that our frames can be replicated or counterfeited by other producers, and we don’t need to check the serial code of your frame to know that it is original.

If you are a Stelbel customer, your guarantee is activated when you confirm your order, whether you purchased directly from us at stelbel.it or through one of our official Stelbel dealers.

We guarantee that all work has been done in a careful and consistent manner to promise the highest quality and make sure that your frame is the best it can possibly be.

The general warranty on our products is 5 years, and on the quality and integrity of steel and stainless steel frame welds, we offer a lifetime guarantee. These guarantee terms are applicable only to the original owner of the frame.

Each Stelbel frame will be accompanied with an official document to certify the originality and will summarise the unique product’s specific details.

In the unfortunate event of theft or an accident that requires the replacement of the frame, we offer attractive conditions on the purchase of replacement frames to all Stelbel customers.

Providing the best after-sales service possible is our top priority. Please contact us at [email protected] with any questions that you may have relating to our guarantee.

An evolution of the Strada, the longest running of all Stelbel's historical models. Introduced in the early 80s and now built with the legendary SLX series tubing, reintroduced in the 2019 Columbus range after a long absence. The Stelbel Strada SLX pairs perfectly with historical components for participation in L'Eroica style events. 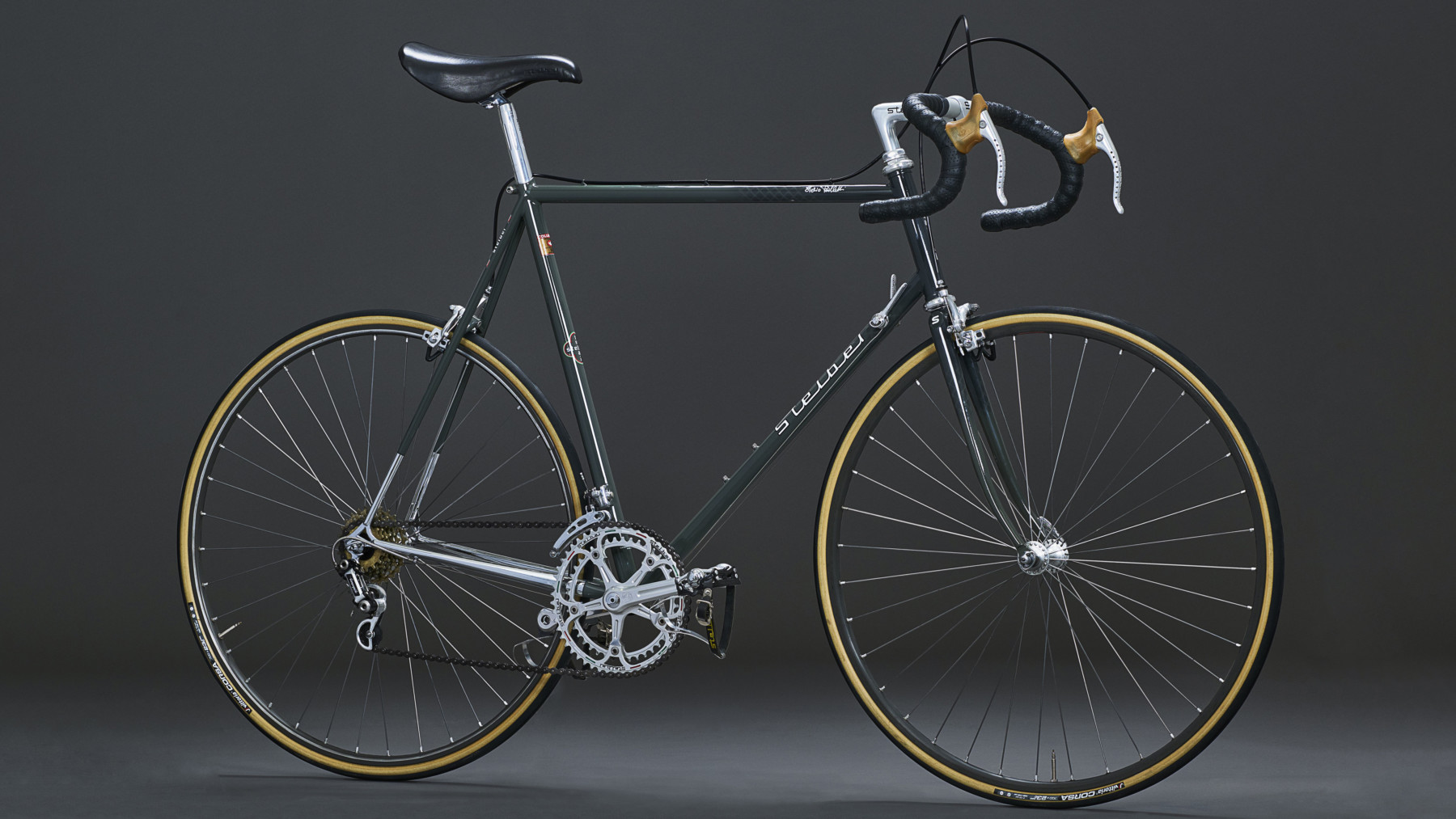 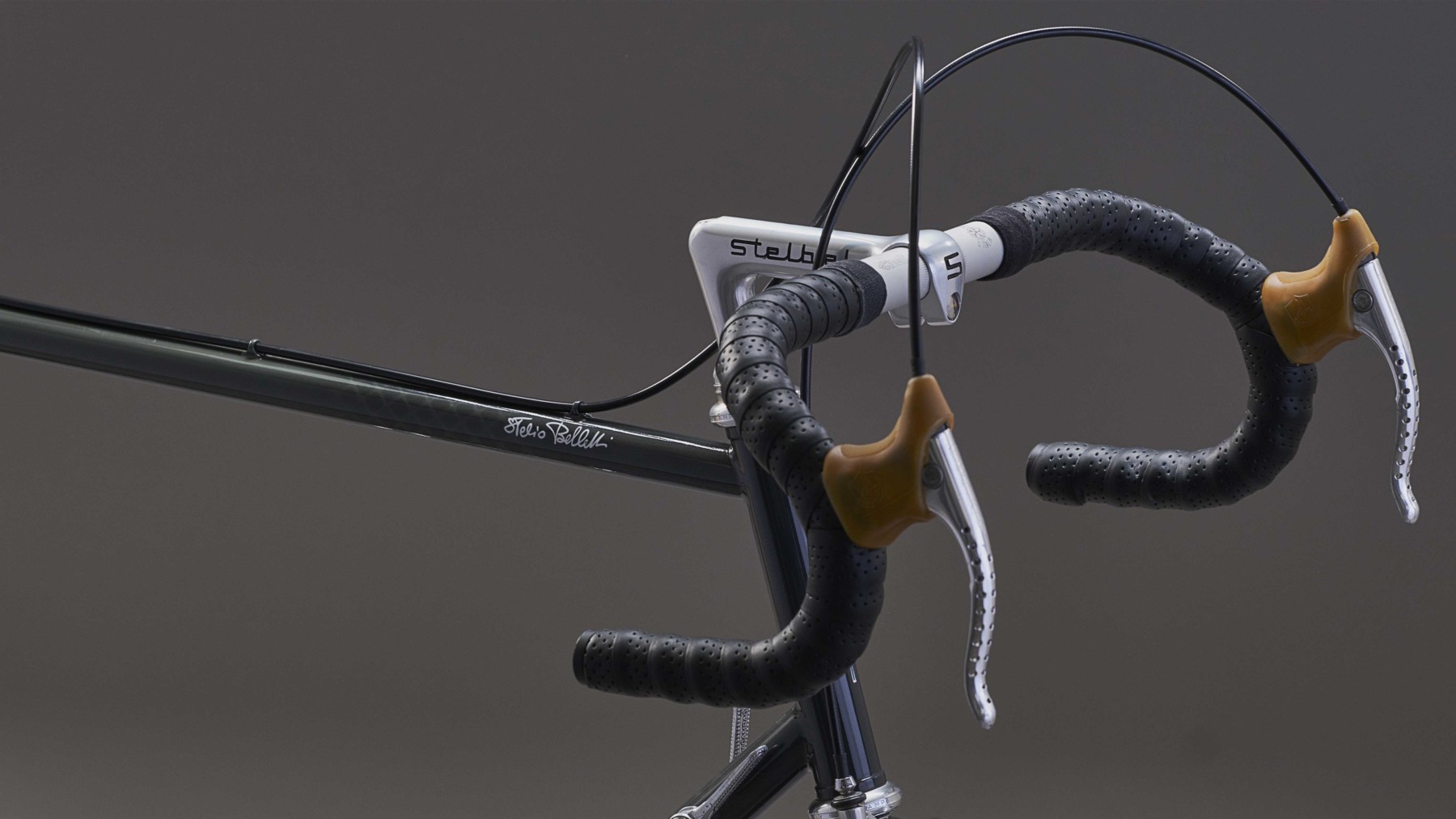 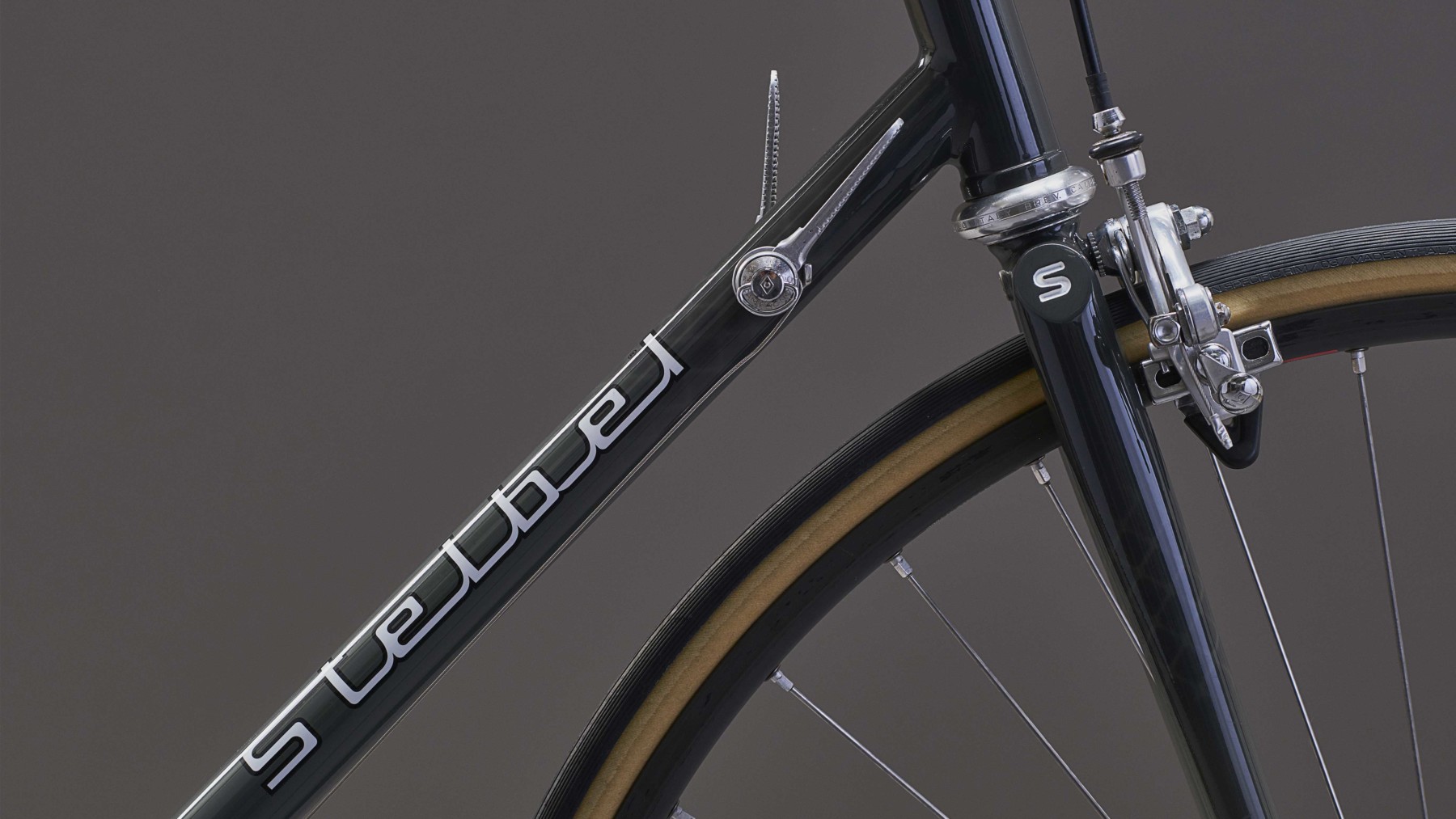 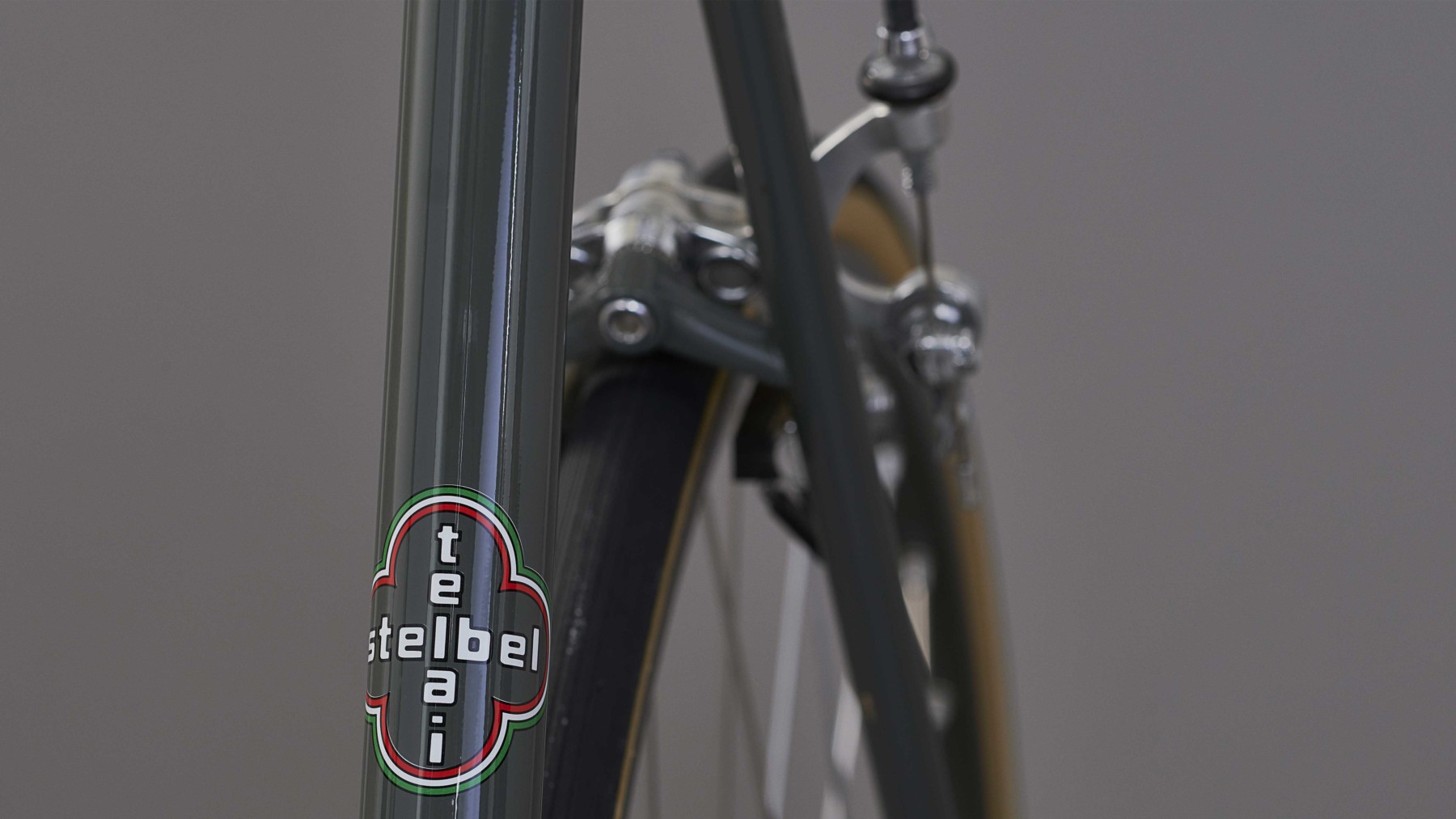 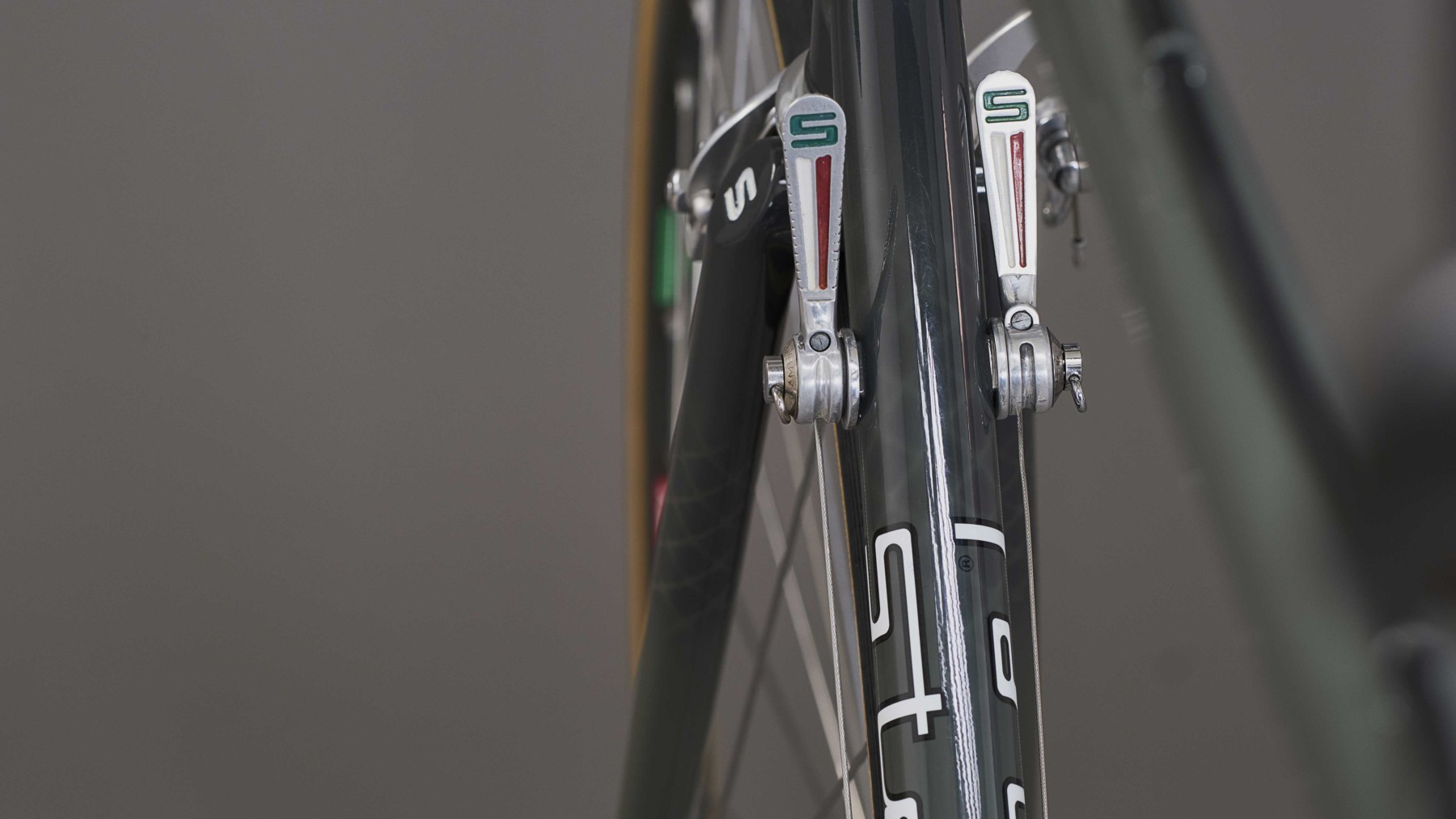 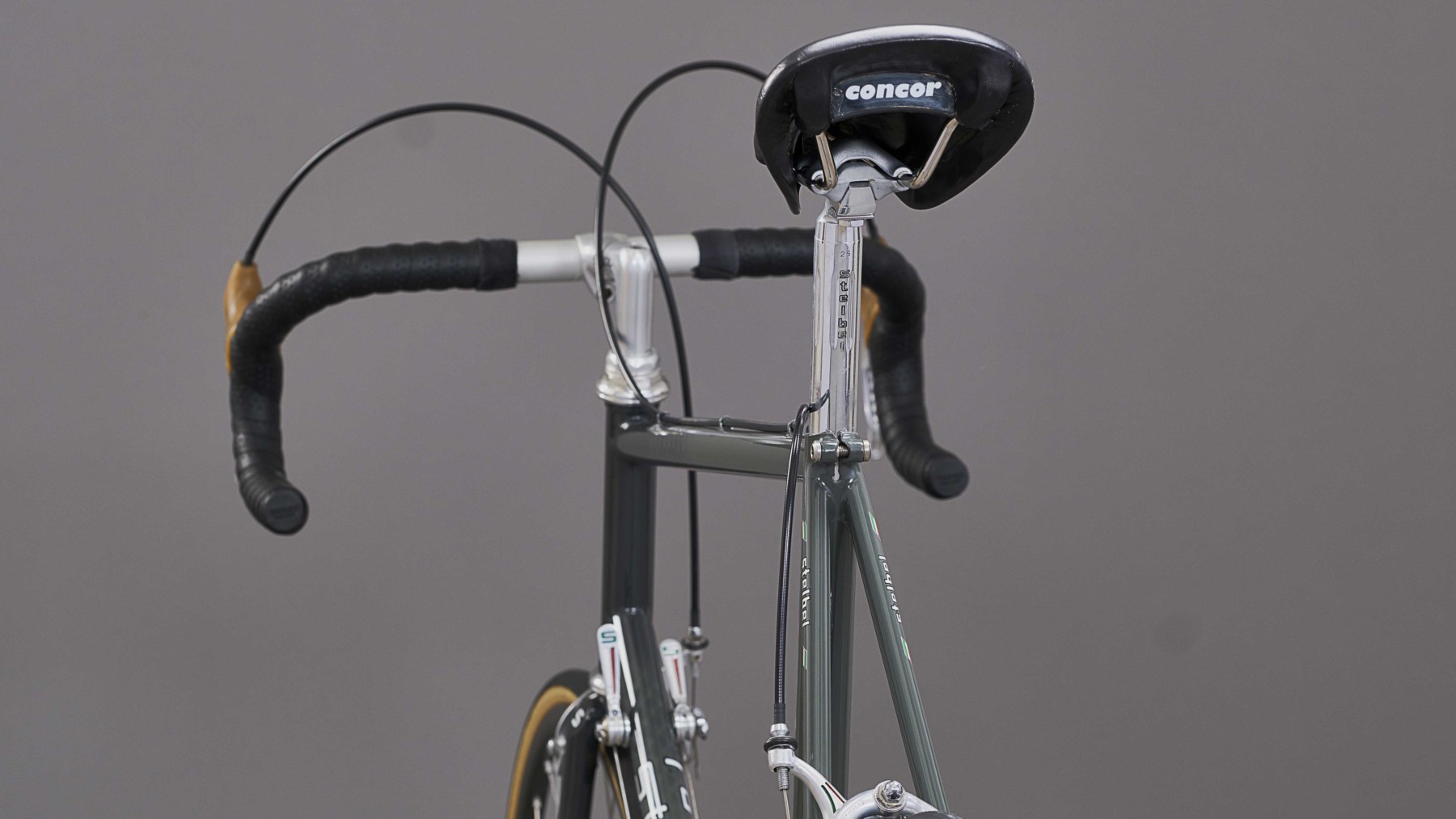 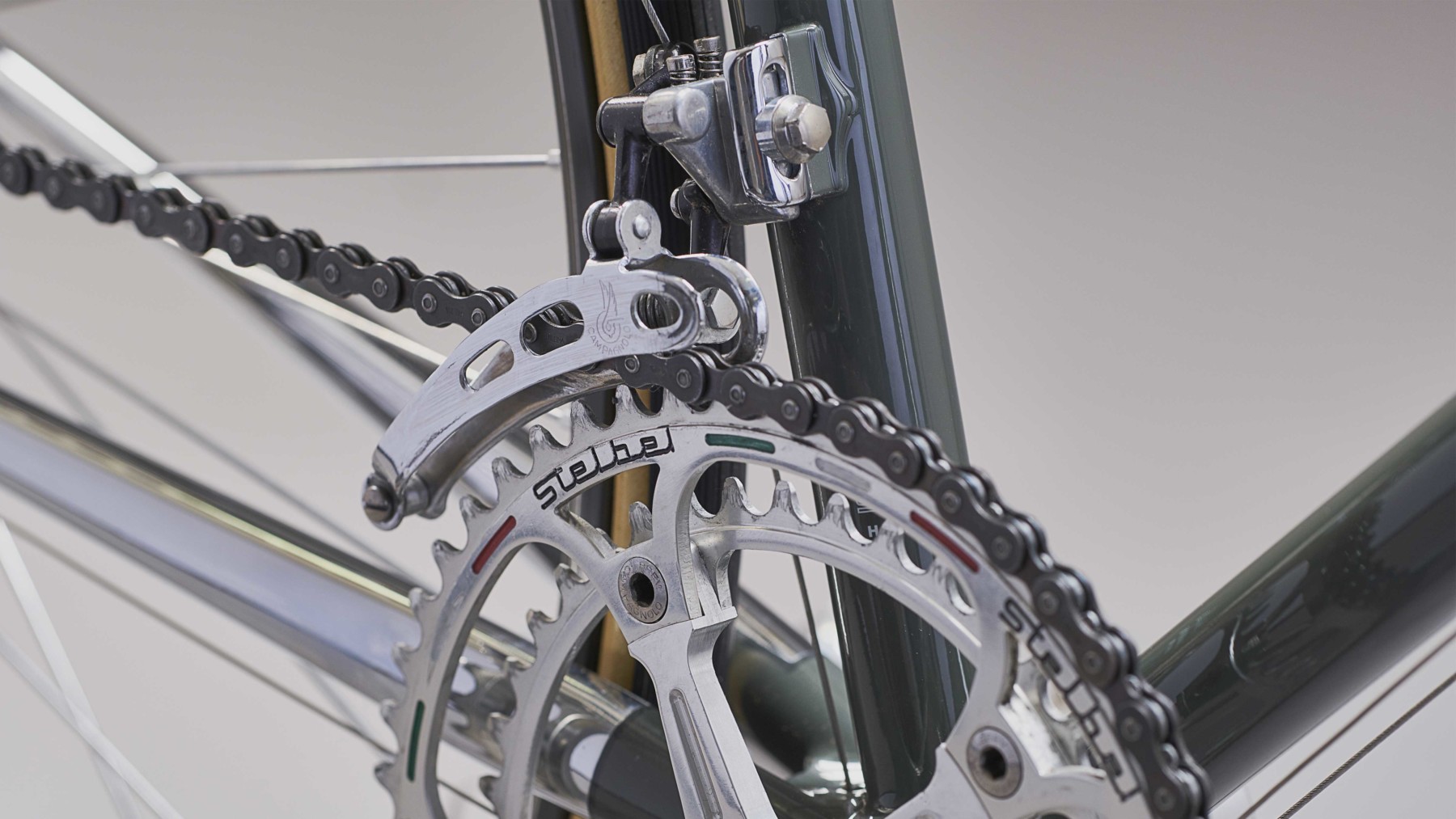 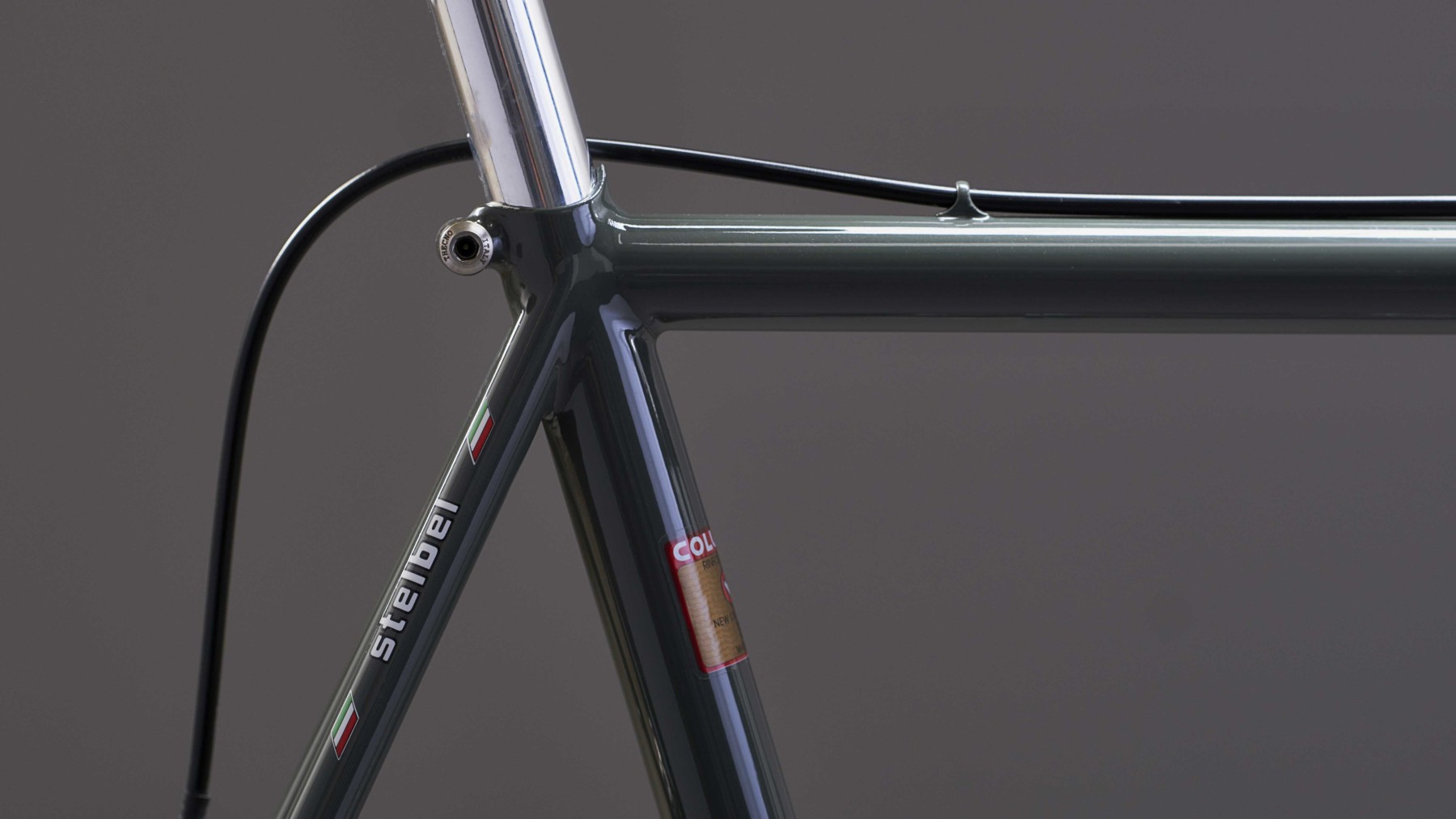 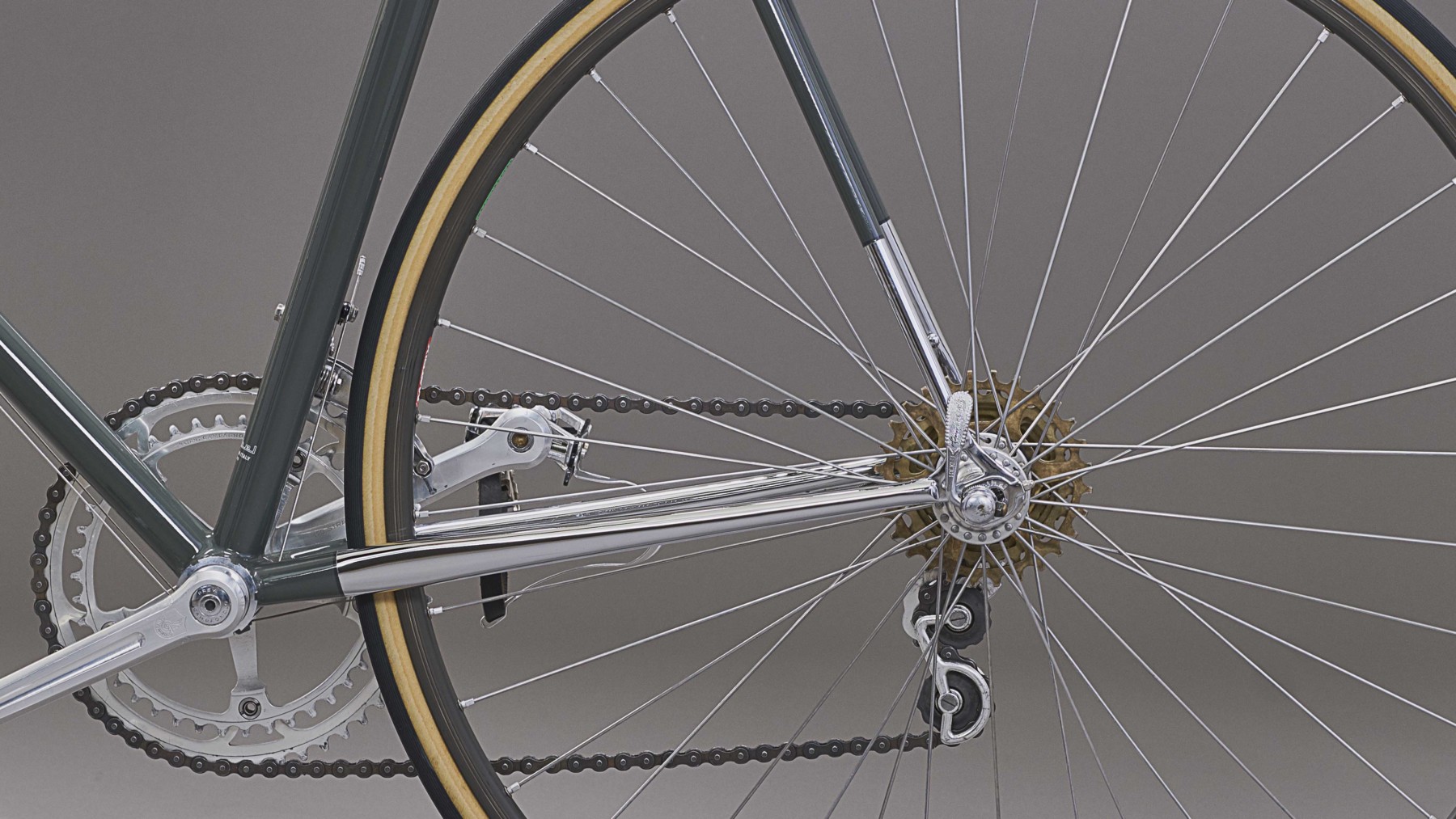 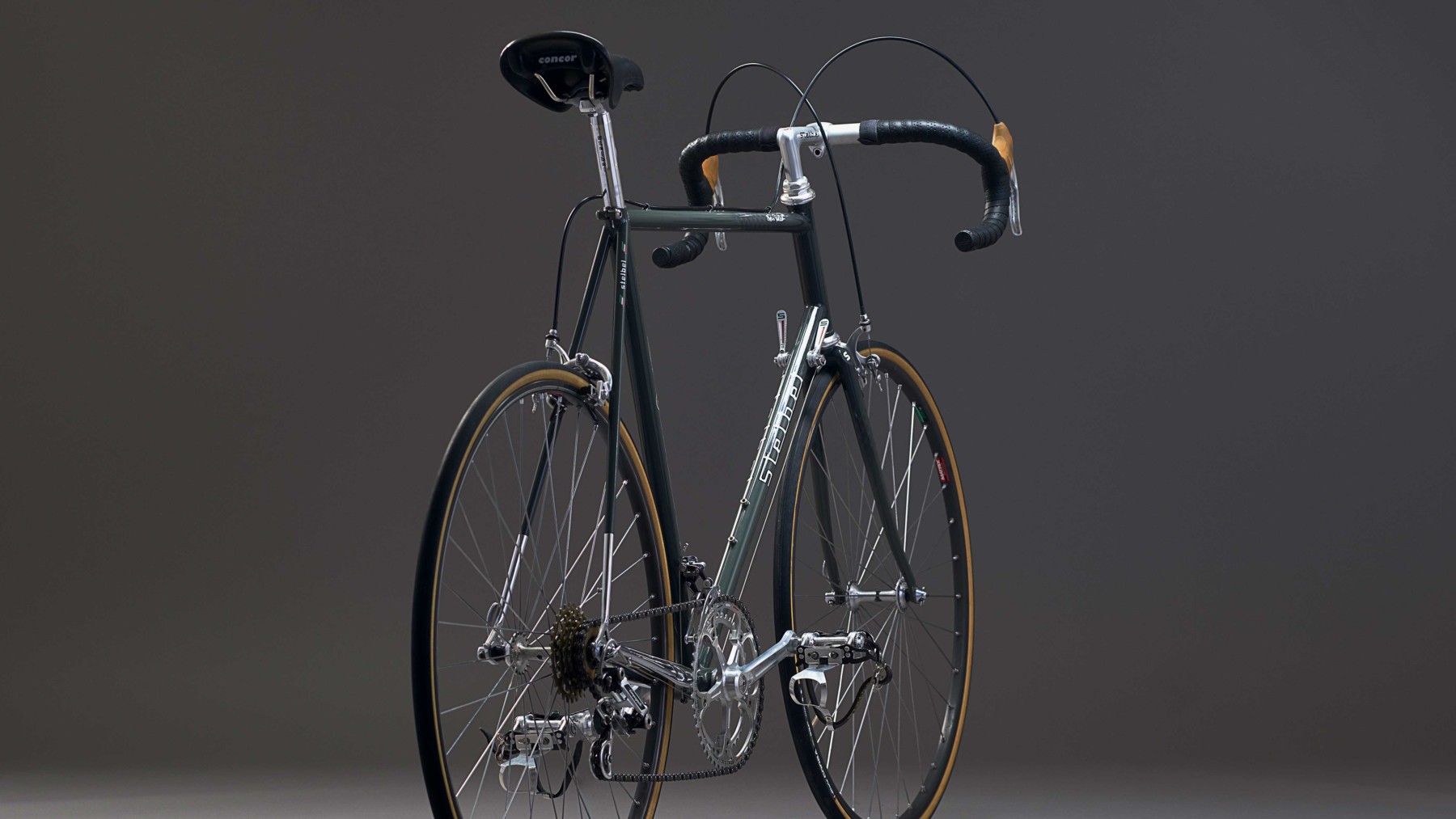 The Strada model is reminiscent of early Stelbel frames, and made with the same care and attention to detail that has been applied to all Stelbel frames throughout history. The Strada model was introduced in the early 80s, and still today boasts all the features that make it the longest running model in the Stelbel product range.

Constructed with 25.4 and 28.6mm Columbus Niobium SL series tubing, and featuring the iconic Stelbel fork, the Strada model imbues classic cycling. The fork crown, made in-house, is produced using tubing with different diameters and thickness’ selected to ensure a resistant and long lasting fork and providing a high quality ride that is typical of Stelbel bicycles. The fork has traditional ITA threading for a 1” headset.

Scrupulously following Stelio Belletti’s instructions, not only were the mechanical characteristics replicable, the aesthetics of this particular model were also carefully developed to reflect the iconic Strada model.

Built for the true enthusiast like it was back in the day, the Strada model boasts a classic look with unparalleled modern performance providing riders with exemplary manageability that sets it apart from the competition. This attention to detail and high performance is thanks to the TIG welding technique used to construct our frames, a technique which has always been a trademark of Stelbel production.

Great care has not only gone into the performance characteristics of the frame, but into the overall look as well. The pantographs on the steerer tube recall the most classic Stelbel pantographs, while the iconic “S” on the fork crown mimics the style of forks produced by Stelbel between 1982 and 1987. Even the chrome and decals have been specially developed to reflect the historical model; with the fork ends, dropouts and chainstay all chromed like they were in the past, and a special set of water slide decals produced just for this model based on original. All chrome details can be customised upon request.

The model lends itself perfectly for mounting historical components and becomes particularly suitable for events such as L’Eroica.

Each and every Stelbel frame is made to measure and designed with a custom geometry. After an order is confirmed and a deposit payment placed, the frame design will start based on the available information and documents (Measurements form, Bike-fit report, …). Customer will be interviewed to better understand riding style, wishes, goals and expectations for the new bike. A frame’s CAD drawing will be shared to be commented, analyzed, refined and eventually approved before manufacturing can start.

You can place an order directly with us via [email protected] or from one of our official retailer partners. An order is confirmed once a deposit payment is received via wire transfer or Paypal. Shortly after, a document providing an overview of the project details and a cad drawing of the frame will be shared for your approval. Pictures of the finished frame/bike will be shared with you prior to requesting the final balance payment. In case you’re considering coming to visit us in Bergamo to discuss the details of a project face to face, or to pick up your new frame/bike, you will be made very welcome by our team.

First of all we are grateful for the many confirmed orders over the last few months, despite the extension of our usual delivery times.

Unfortunately we regret to announce that at the moment we are not able to accept any new orders. The pandemic has had a very negative effect on our work since March last year and brought many difficulties we had to face. But more recently, we received some very tragic news. Which changed everything.

The difficulties we've had to overcome, together with the rise in orders, has meant that our delivery times now exceed 12 months.

Therefore, we had to take the decision to focus on the fulfillment of existing orders and concentrate on refining our production process, so that we can return to accepting new orders and once again revert back to standard delivery times.

We apologize for the inconvenience and we thank you for your understanding.

Yours sincerely
Your STELBEL Team